Sand Blooms may be discovered when inspecting an Odd weed, generally found out in the desert.

More study is needed to understand the interaction between Dwarf and Giant gene sets in Sandblooms. 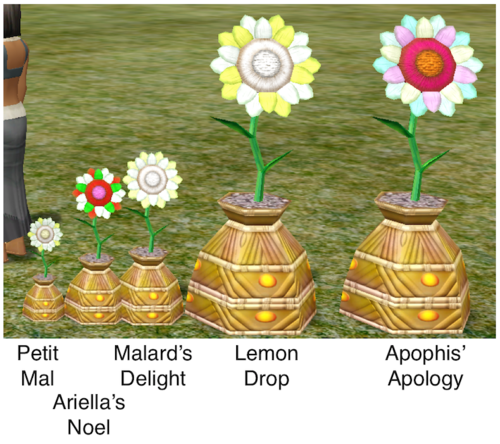 The gene sequences are known for two of the flowers in this screenshot. Starting from the left,

This image shows the visually identifiable sand bloom sizes. There is some overlap in the size genome combinations. 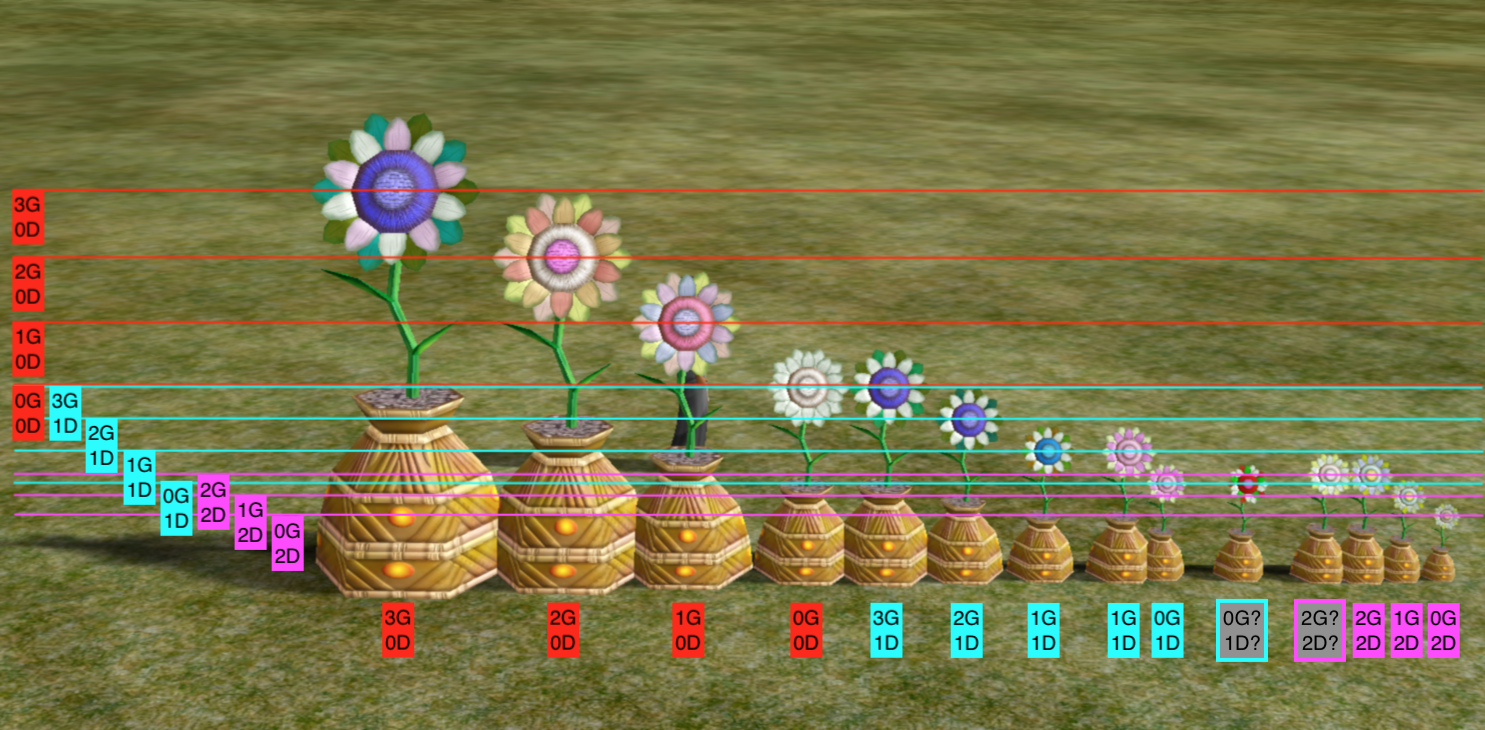