A series of ancient tablets, inspired by Thoth himself, have been unearthed. If deciphered, these tablets could reveal the secrets of the philosopher's stone and life itself. Mastering this code is the first step to discovering the secrets that Thoth graced our ancestors with.

Design a tablet of interlocking Alchemists Rune, some of which can be locked in place. Those that attempt your challenge will see the glyphs in random orientations and positions. They must reposition them to again interlock.

Build an Alchemists Rune Table, and create a puzzle of interlocking glyphs.

The object of the puzzle is to place colored squares on a 10x10 grid according to the clues you are given.

Left-click a square in the grid to mark it. Right-click the board to select a color, or to check your solution. 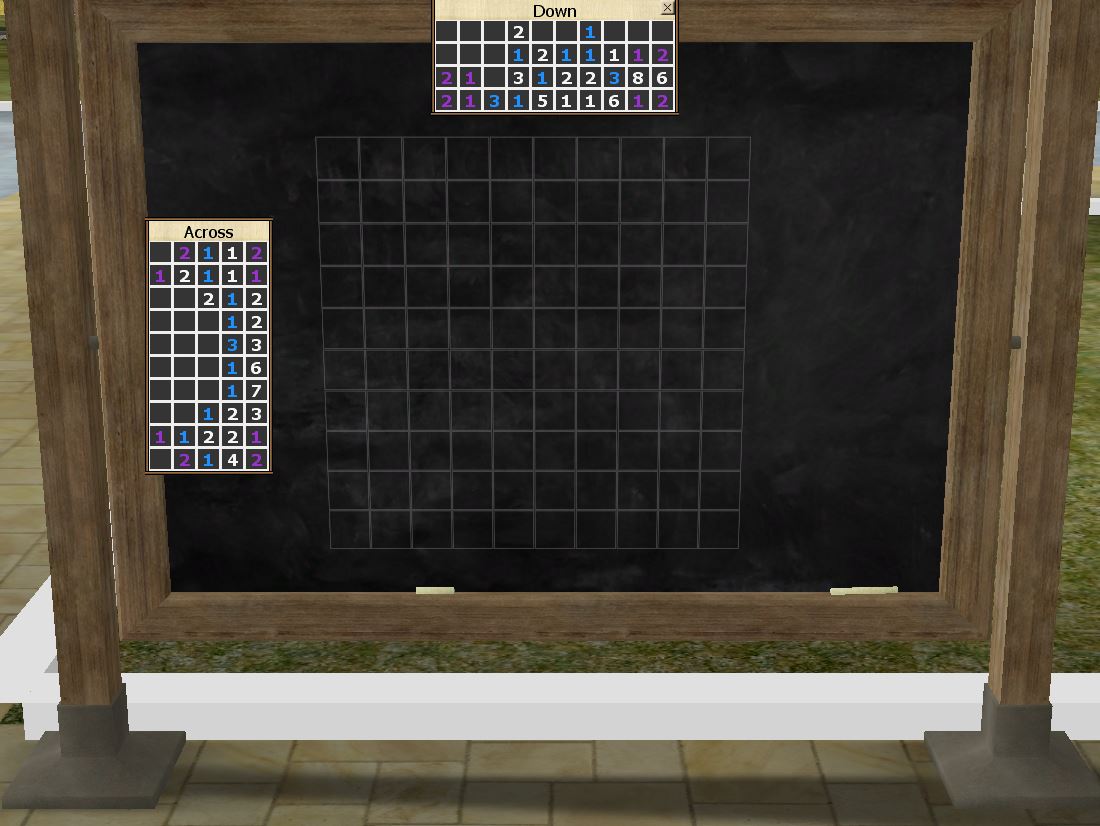 Clues appear in the Across and Down windows. These correspond to the rows and columns on the board.

The numbers in the Across and Down squares indicate the number of consecutive squares of that color in the solution. For example, if a blue "4" appears in the Across window, you know that there will be 4 blue runes in that row on the grid.

When you have completed the puzzle, right-click the board and choose "Check Solution". If your solution is correct, you can then rate the puzzle.

Just adding to the table doesn't add to the map, you need to add the above line to the CondMap with the others

To add to the map simply copy and add

Just change the name and the coords to your own. When you pass please change the PinGr to PinYe