A Simple Beehive (formerly Simple Apiary) allows you to keep bees, which produce Honey and Beeswax.

This building becomes available after you have learned Beekeeping 0 (Skill).

When building Simple Beehives, try to set them up away from other buildings, including other hives.

When first built, the Simple Beehive is empty and must attract a queen bee before it begins producing. After you have confirmed that a queen has arrived in the apiary, it will start getting bees over the course of several hours, to a maximum of 1000.

After you have checked it for the first time, wait approximately 16 hours for first full 10 Honey/Beeswax. After this you can collect about every 7 hours.

Simple Beehive production caps at 10 Honey and 10 Beeswax. If there are already 10 of each when you check, they will be replaced with the new harvest and will not increase. However, if you didn't take the honey/beeswax from the last check, take the contents of the hive, then check, the hive will fill with the new hive production.

Simple Beehives can hold up to 1000 bees. When harvested, the Simple Beehive will lose half its bees, slowing production time of the next batch.

With the skill Beekeeping 1 or higher, you can also capture Queen Bees. This is done from "Utility->Destroy this nest and attempt to capture the Queen bee". This will destroy your Simple Beehive and you will not get any materials back. Higher Speed gives a better chance at capturing. (Pretty sure speed has no effect. You need focus and/or perception I am sure. -Solaris) NOTE: When a Queen Bee is captured, a message is shown saying 'A Queen outside of a hive might only survive an hour.'

Simple Beehives are visible and audible to a range of 32 coordinates - it's good form to not place them near other player's camps!

Malard shared the code for determining the chances of any particular Beehive attracting a queen on 6/5/2021: 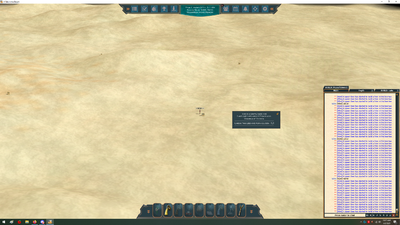